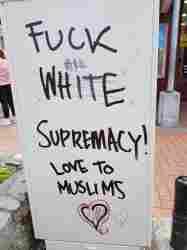 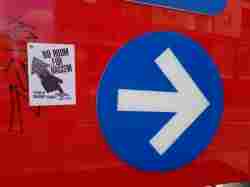 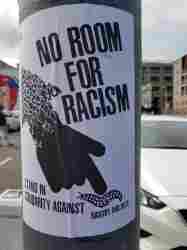 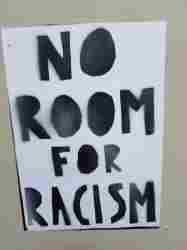 Yesterday – 15.3.19, the Ides of March – will go into the records as Christchurch’s third dark day ‚one of New Zealand’s darkest days‘ according to the Prime Minister. The two deadly earthquakes in 2010 and 2011 were a sign of how vulnerable life can be on our small planet. Our deep sadness at the deliberate slaying – with pride – of at least 49 of our New Zealand neighbours is much more frightening. It is a reminder of the darkness in the human soul that overshadowed so much of the 20th century, through which we have lived. No place, not even what Kiwis have long called ‚God’s own country‘, beautiful Aotearoa, is immune from our capacity to destroy each other through hatred. When it happens, we are rightly shocked and left with no choice but to imprison the deluded. In this one humanity, thank God we no longer kill them. Loving our enemies is the hardest of all challenges.

‚Do not be overcome by evil, but defeat it with goodness‘ wrote Paul of Tarsus a long time ago. It is still true. We are not hardwired to hate. Jacinda Ardern, New Zealand’s remarkable young Prime Minister, has shown over the last 24 hours that light will overcome the darkness, love surrounds the wounded community. ‚They are us‘, said Jacinda to the nation, of the Muslim worshippers who were so cruelly targeted. Many, many tv pictures, many embraces, convey the message way beyond New Zealand. The ‚Others‘ are always us, whoever they may be. ‚We are a country of welcome, compassion and kindness‘, the PM added.

We are writing this in New Zealand’s  capital city, Wellington, where Barbara was born. Today, ‚the day after‘, was to be Wellington Pride. It has been cancelled, as a sign of mourning and solidarity by another once ostracized community. Many sporting and other events have also been cancelled. In the inner city and way beyond, all is quiet. We are glad to be here, sharing the pain. We have just been out for a bowl of Chinese food, and the city centre is already plastered with posters and graffiti like those attached.

To you, from Aotearoa, the Land of the Long White Cloud, our love in the language of the original Maori people: Arohanui

This website uses cookies to improve your experience while you navigate through the website. Out of these, the cookies that are categorized as necessary are stored on your browser as they are essential for the working of basic functionalities of the website. We also use third-party cookies that help us analyze and understand how you use this website. These cookies will be stored in your browser only with your consent. You also have the option to opt-out of these cookies. But opting out of some of these cookies may affect your browsing experience.
Necessary immer aktiv
Necessary cookies are absolutely essential for the website to function properly. This category only includes cookies that ensures basic functionalities and security features of the website. These cookies do not store any personal information.
Non-necessary
Any cookies that may not be particularly necessary for the website to function and is used specifically to collect user personal data via analytics, ads, other embedded contents are termed as non-necessary cookies. It is mandatory to procure user consent prior to running these cookies on your website.
SPEICHERN & AKZEPTIEREN